No.1 Problem In the World Is Lack of Money

There is not much mystery to money, that is - if you know the secret. It doesn' grow on trees. Yet, it comes as a result of doing the right things; a secret combinaton of two laws that attracts money to you so that it stays with you.

That is the secret I would like to talk to you about today. It's the most awesome secret there is. After you know this secret you will never have to worry about money or other things you want or need again. It will all come to you on it's own with the minimal effort. Do you have a situation where money is hard to come by and a source of constant worry ? Yes, I hear you. You are not alone. I too was in the same boat years ago. I leared later that I used to violate the two basic laws that repelled money away from me even when it had found a way to me. My hands were like two sieves with money just seeping through them out of my life. Things, money included have their own law and rules. As humans, they too come and go. Their movements too and fro, are almost magical as if they have a volition and will of ther own. They gravitate around humans in a certain way either towards or away from them. I kept thinking as to why do some humans have an abundance and others not at all. It irked me to no end without any hope of finding out. Even so, I dreamed of finding out this 'el dorado' secret if that was the last thing I found out. Do you know that the lack of money is the number one reason for violence, divorces and suicides ? Even with a job, money just seems to slip through the fingers. Why is it so ??? 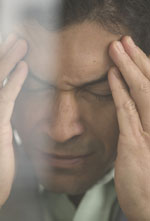 So curious was I that I wanted to befriend such a person but any such persons were totally beyond my reach in all ways as if there was an invisible wall between us. As if they were from a different planet. But so determined was I to find this secret that I even hung out in places where I was totally out of place. I even drove out to places such as Beverly Hills just to be among the in-crowd, looking and hoping to find out about the abundance of money. I was possessed by this quest. Somehow to me, the people with plenty seemed to be like other ordinary people. And the secret still eluded me to nervous exhaustion. Was it some thing or actions that they did that gave them astounding abundance ? Or was it their minds somehow conjuring up tricks that confounded other humans ? Was it because of their glib tongues ? Was it their education ? Yet, even some of them who had never gone to College seem to have the magic. What was it common among those mortals that make them stand in abundance apart from others ? To make a long story short, I stumbled on this secret by sheer accident. Having all but given up, I acted differently reversing my earlier actions. They led to money situations that were inexplicable. Being curious, I replicated the actions and sure enough, further postive results followed. I kept the good things going and soon realizd that I had found the magic to money. 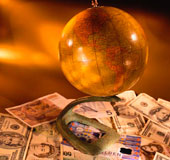 After 20 years of research on money I was startled to find the major reason why people were always broke. It was quite simple. In every case that I studied, these people (myself included at the time) violated the two vital natural laws of creation. The result was truely a momentous affair for me something I will never ever forget - a new beginning like milk oozing over me from all around, a new life of comfort and plenty. Even today, it makes my head shake and my eyes moist, overcome with gratitude and relief to the beyond at this thunderous joyous secret.

These laws also act upon us and everything else. They act for us, if we go along with the forces and against us if we go against them. For abundance, all we have to do is to become channels of these forces - to let them do their work. But people don't know this. They may have an inkling about it, but they don't think and are too concerned about going along with their everyday emotions rather than work with these forces. Emotions are always in conflict with these Unseen Forces. Mostly, people are busy unwittingly working against these forces. This is why they lack abundance no matter how hard they work.

Have no fear. No one can fight these forces, at least, for long. NO ONE. Anyone who fights them will court disaster upon disaster. These forces are eternal and indestructable. They are bigger than the Universe itself because even the Universe, as big as it is, obeys these to laws.

Such was my convoluted sojourn which finally concluded successully at long last. I was compelled to share it with anyone who cared to know. Which is why now you are reading about it on your screen. To me it is the greatest discovery. I humbly bring it to you. If this is what you are looking for - a life of abundace, by all means, verily do order and send for it right away. I am humbled at the enormity of this secret and am compelled to share it. It will alleviate so much suffering. Let me change your life into one of abundance of money and things you desire. The result will astound you. I pull no punches. I will give you the full, total and complete details complete with questions and answers. All of it - so you can live in peace of mind. But once I give it to you, you must promise me to read it fully and then to put it in practice without delay. OK then, hurry and send out for this secret right away ! Order today to free yourself from money problems !!!

!!! Try it for as long as you wish and if it does not do what I said, no problem, I will send you your money back.